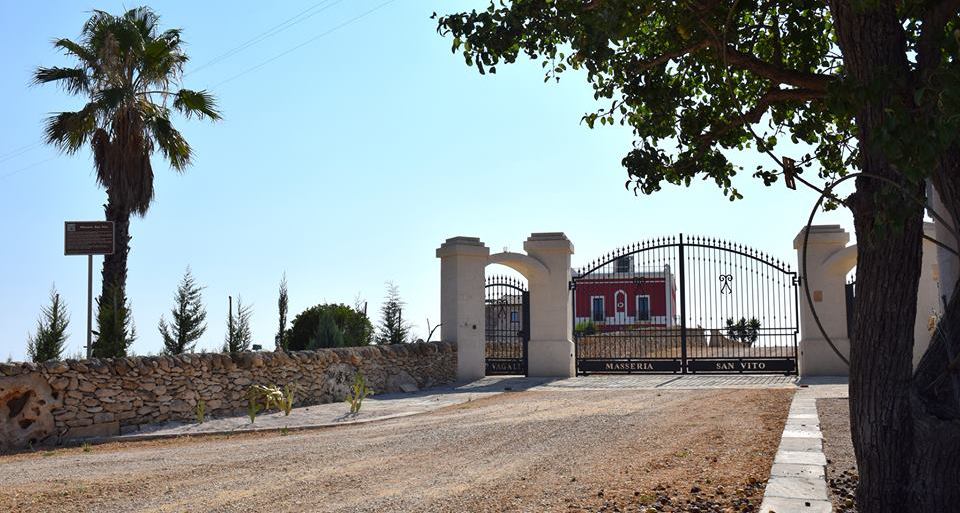 Enchanting Masseria about three kilometers from the beautiful marina of Lizzano (TA) and from the hinterland with a strong cultural and folklore liveliness.

The development of Masseria San Vito is marked by long historical-settlement routes: the Neolithic era, possible phases of indigenous and then Greco-Roman, up to the Middle Ages. The Masseria is mentioned in a deed of power (year 1531) and subsequent sale deed (year 1544), with which it passed from the ancient Tarantine Abbey of San Vito del Pizzo, to the noble Aielli family.

After preserving the name of this family, the farm took the name of San Vito in honor of the chapel of the saint, existing there since 1500; in the thirteenth century it ends up in possession of the Augustinians of Manduria, to then pass, following the Napoleonic and Murattian laws against feudal privileges (1808), to the Duchy of the Regio and Public Demanio. The oral tradition tells that "Don Alfredo Maiorano" managed to buy the Masseria di San Vito, following a substantial gift in gold coins by some brigands, who wanted to reward him for giving them shelter and support.

The construction then passed into possession of Cosimo Lomartire di Sava who divided it into lots: a lot was assigned to his daughter Elena Lomartire.

The recovery of the modern structure is the result of deep passion, continuous work and the constant commitment of Mr. Giuseppe Vagali, husband of Lomartire Elena. Today the farm is inhabited and alive: that is, with an agricultural entrepreneur (Giuseppe Vagali, in fact) in activity, eager to recreate the atmosphere of joy, popular music and genuine fun that has always characterized the nights of "San Vito" making people feel, according to the ancient rural tradition, as welcomed in the family.